For over three centuries people have enjoyed and protected this house … read about its history.

William Penn received the royal charter for Pennsylvania from Charles II, in 1681. William Penn granted land to John ap John, the chief disciple of Quakerism in Wales. This tract of land was part of the original Welsh Tract that covered most of what is known today as the Main Line of Philadelphia. 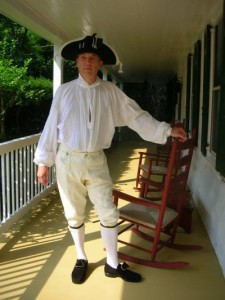 During the period of time from 1681 to the 1700’s there were many squatters and informal leases in the area. The original construction of the Great Valley House began prior to 1700 by undocumented tenants. This conclusion is based on the architectural feature of the stone sink built as part of the stone wall in the Old Kitchen. This type of architectural feature was not used in ‘new construction’ after 1700.  Stone sinks of this nature were typical of Welsh construction prior to the advent of the Dry Sink in the late 1600’s.  When the Chester County Court House opened for business in 1720, all existing houses had their deeds listed, as did the Great Valley House, with ‘house in place’. Because of the rare stone sink in the Old Kitchen (pre-1700 architectural feature), circa 1690 is the attributed date for the earliest part of the Great Valley House.

John Evans was the Lieutenant Governor of Pa. and heavily involved in acquiring land during this period. John Moore was a whig and the Customs Collector. Evans had to return to Great Britain and transferred the land to Moore to sell for him. The Evans/Moore relationship was not strictly business as Evans married Moore’s daughter in 1708.

John Moore by deed dated 7/7/1720 conveyed to Thomas James the tract of 607 acres. (The original deed was signed by Benjamin Franklin, Justice of the Peace, one of his earlier jobs)

Thomas James,  by will dated 12/8/1750 provided as follows: “I give and bequeath unto Ann James, wife free and full use of this real estate during her natural life. And at her decease to Lewis James in fee.”  Ann James by deed dated 2/23/1753 conveyed unto John Kinkade tract of 322 acres.

John Kinkade’s mortgage was foreclosed in 1760 in a lawsuit brought by William Moore, Exr. of Robert Moore. The 322 acre property was sold to JOHN WILSON by Sheriffs Deed Poll dated 9/13/1760.

John Wilson was the owner during the Revolutionary War and he was a Tredyffrin resident who was raised on the Wilson farm just east of the Great Valley House in what is now known as Wilson Farm Park , a public park in Chesterbrook.  John Wilson sub-divided his land, 30 acres going to Isaac Davis in 1760 (Chester County deed book F-2, Vol 30, pg 506), 112 acres of it going to his son David Wilson in 1779 (deed book Z, Vol 24, pg 287). A portion of the David Wilson tract of land, with the original house he built, had remained with Wilson family descendants until the death of Martha Wilson in 1997. The David Wilson house is no longer owned by Wilson’s but has been restored and expanded.

This web page is dedicated to the memory of Martha Wilson who passed away August 8, 1997 at the age of 80

WILLIAM THOMAS left his mark, his initials with the date 1812 is carved on the mantle over the old colonial fire place. William Thomas died 1829 and left the property to Joseph Thomas who sold it with 93 acres for $8,111. 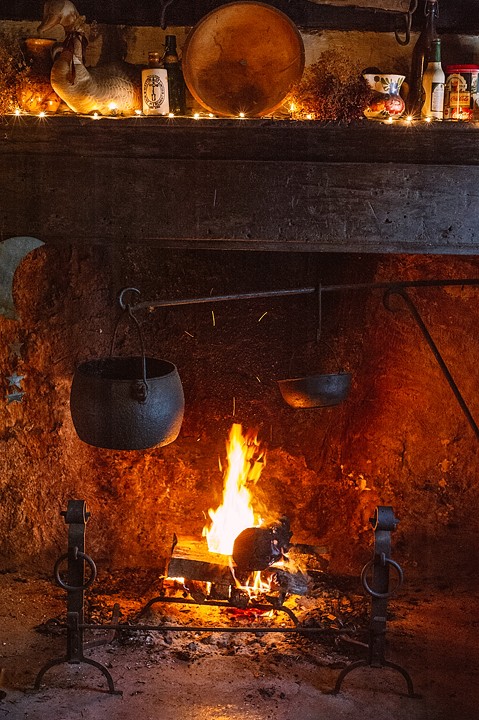 ‘W.T. 1812’ – initials of William Thomas carved in the massive mantle.

Many people have had the pleasure of owning this house before we purchased it in 1982. The acreage has decreased over the years to 4 acres and the current owners paid considerably more than the $8,111 that was paid for the property in 1833.

For a PDF document listing of all title transfers showing all owners of the Great Valley House from William Penn to the present, please click here for title transfers. For a more more comprehensive understanding of the history of the Great Valley House and of the surrounding area click here for the History. The History document includes papers on the Wilson’s who owned the house during the revolution, early Tredyffrin Township, the Welsh Tract and a description of Swedesford Road back in 1725.

We invite you to enjoy this historic treasure!